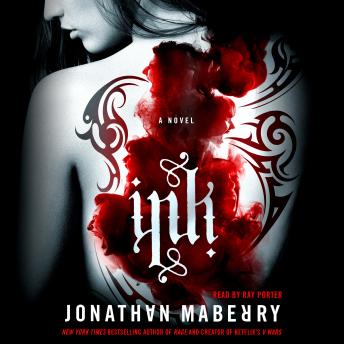 From New York Times bestselling author Jonathan Maberry comes a standalone supernatural thriller Ink, about a memory thief who feeds on the most precious of dreams.

Tattoo-artist Patty Cakes has her dead daughter’s face tattooed on the back of her hand. Day by day it begins to fade, taking with it all of Patty’s memories of her daughter. All she’s left with is the certain knowledge she has forgotten her lost child. The awareness of that loss is tearing her apart.

Monk Addison is a private investigator whose skin is covered with the tattooed faces of murder victims. He is a predator who hunts for killers, and the ghosts of all of those dead people haunt his life. Some of those faces have begun to fade, too, destroying the very souls of the dead.

All through the town of Pine Deep people are having their most precious memories stolen. The monster seems to target the lonely, the disenfranchised, the people who need memories to anchor them to this world.

Something is out there. Something cruel and evil is feeding on the memories, erasing them from the hearts and minds of people like Patty and Monk and others.

Ink is the story of a few lonely, damaged people hunting for a memory thief. When all you have are memories, there is no greater horror than forgetting.