Ivy and Bean Take Care of the Babysitter 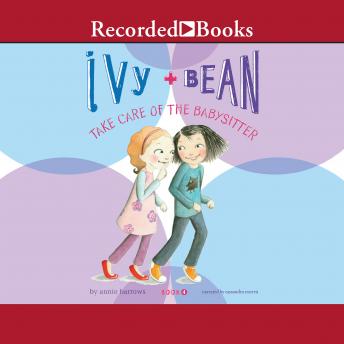 Annie Barrows' pint-sized adventurers have captured the attention of young listeners eager for clever and witty stories. Barrows has received multiple accolades, including a starred review from Booklist and glowing praise from School Library Journal. In their fourth outing, bookish Ivy and rambunctious Bean must outwit the most awful babysitter ever-Bean's older sister Nancy. Ivy uses all of her smarts to rescue her best pal, and soon the two are hatching a plan to prove to the world that Nancy is at least a million times worse than any other babysitter.

Ivy and Bean Take Care of the Babysitter

This title is due for release on September 19, 2008
We'll send you an email as soon as it is available!