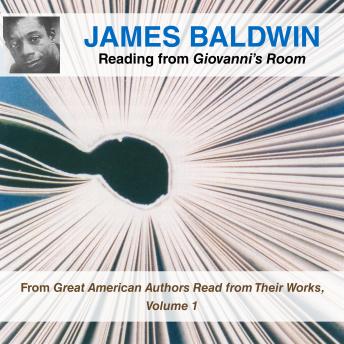 Part of The Great American Authors Read from Their Works Series

Giovanni's Room, Baldwin's second novel, deals frankly with homosexuality in a manner daring for its time. It depicts a white American struggling to accept his homoerotic desires. David, the protagonist, like Baldwin himself, feels alienated from his native country and moves to Paris in search of a freer life. In the passage Baldwin reads on this recording, David recalls a childhood sexual encounter with another boy—an encounter that left him deeply upset and ambivalent about his manhood.