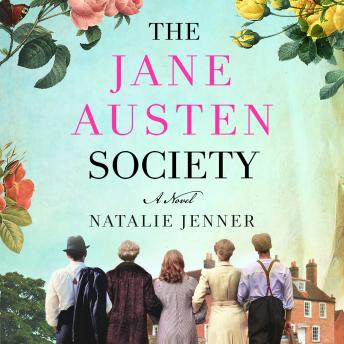 The Jane Austen Society: A Novel

'Fans of The Chilbury Ladies’ Choir and The Guernsey Literary and Potato Peel Pie Society will adore The Jane Austen Society… A charming and memorable debut, which reminds us of the universal language of literature and the power of books to unite and heal.' —Pam Jenoff, New York Times bestselling author of The Lost Girls of Paris

This program includes a bonus conversation between the author and Kathleen A. Flynn, author of The Jane Austen Project.

Just after the Second World War, in the small English village of Chawton, an unusual but like-minded group of people band together to attempt something remarkable.

One hundred and fifty years ago, Chawton was the final home of Jane Austen, one of England's finest novelists. Now it's home to a few distant relatives and their diminishing estate. With the last bit of Austen's legacy threatened, a group of disparate individuals come together to preserve both Jane Austen's home and her legacy. These people—a laborer, a young widow, the local doctor, and a movie star, among others—could not be more different and yet they are united in their love for the works and words of Austen. As each of them endures their own quiet struggle with loss and trauma, some from the recent war, others from more distant tragedies, they rally together to create the Jane Austen Society.

A powerful and moving novel that explores the tragedies and triumphs of life, both large and small, and the universal humanity in us all, Natalie Jenner's The Jane Austen Society is destined to resonate with listeners for years to come.

'Just like a story written by Austen herself, Jenner's first novel is brimming with charming moments, endearing characters, and nuanced relationships, all largely set within and reflecting the often intrusive atmosphere of a small country community...The pleasures are many in this clever tribute to the beloved and endlessly influential Austen and the English village tale.” -- Booklist, starred review