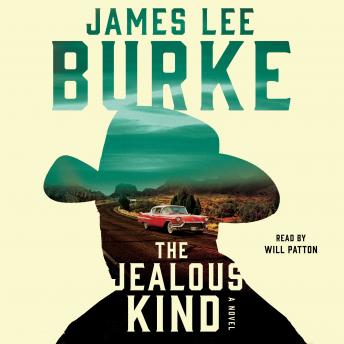 The Jealous Kind: A Novel

New York Times bestselling author and “the reigning champ of nostalgia noir” (The New York Times Book Review) James Lee Burke returns with a powerful novel in the Holland Family series set in 1950s Texas, as the specter of the Korean War looms.

On its surface, life in 1950s Houston is as you’d expect: stoic fathers, restless teens, drive-in movies, and souped-up Cadillacs. But underneath that surface lies a world shifting under high school junior Aaron Holland Broussard’s feet. The underlying class war between the haves and have nots is growing steadily, along with the menace of conflict overseas in Korea, providing a harrowing backdrop to his growth to manhood. But when Aaron spots the beautiful Valerie Epstein at a drive-in, he steps in when he sees her fighting with her boyfriend, Grady Harrelson. Aaron’s newfound confidence helps catch Valerie’s eye, and the two begin dating. Grady is a live wire though, and presents a looming problem for Aaron.

You will recall the feelings and inspirational power of your first love, and empathize with Aaron’s extraordinary challenges to protect himself and the ones he loves in “this dark, atmospheric story” (Publishers Weekly). The Jealous Kind illustrates how first loves, friendship, violence, and power can alter what traditional America means for the people trying to find their way in a changing world.

Great book! Keep me interested the whole time. I have been a James Lee Burke fan for many years.

Fantastic book! Highly recommend this to anyone who enjoys James Lee Burke.

James Lee Burke never disappoints and this book is one of the best! With his descriptive narrative the reader actually feels the story. The characters are brought to life by a gifted writer who spins a fantastic story.