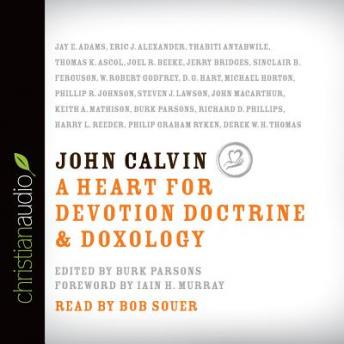 Meet the Man Behind the Myths John Calvin's name evokes powerful images, most of them negative. In the minds of many, he is perceived as an ivory-tower theologian who was harsh and unreasonable, the driving force behind a dangerous theological system. In this volume, Burk Parsons and eighteen other leading Reformed pastors and scholars authoritatively reveal the truth about Calvin and his teaching that he was humble, caring, pious, Scripture-saturated, and, above all, passionate about upholding the glory of God. Published in conjunction with the five-hundredth anniversary of Calvin s birth (2009), John Calvin: A Heart for Devotion, Doctrine, and Doxology offers a highly readable portrait of a man whose example and teaching remain vitally relevant even in the twenty-first century.

This title is due for release on July 15, 2015
We'll send you an email as soon as it is available!