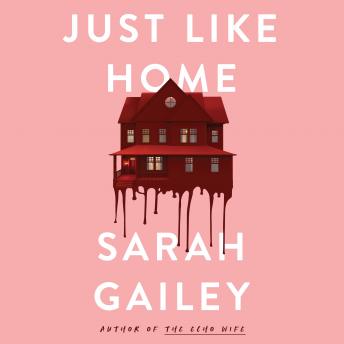 '...it’s compulsively listenable. That’s thanks in part to Sands’ intense narration, whether she’s playing the inscrutable Vera or her wretched mother asking for yet another glass of lemonade.' -Vulture

'The audiobook narrated by Xe Sands is a genuinely nail-biting listen.' - Buzzfeed

'Gailey wisely unfurls this story at a delightfully excruciating pace. Accompanied by Sands’s versatile narration, this is a captivating listen.'- Library Journal

Just Like Home is a darkly gothic thriller from nationally bestselling author Sarah Gailey, perfect for fans of Netflix's The Haunting of Hill House as well as HBO's true crime masterpiece I'll Be Gone in the Dark.

“Come home.” Vera’s mother called and Vera obeyed. In spite of their long estrangement, in spite of the memories — she's come back to the home of a serial killer. Back to face the love she had for her father and the bodies he buried there, beneath the house he'd built for his family.

Coming home is hard enough for Vera, and to make things worse, she and her mother aren’t alone. A parasitic artist has moved into the guest house out back and is slowly stripping Vera’s childhood for spare parts. He insists that he isn’t the one leaving notes around the house in her father’s handwriting… but who else could it possibly be?

There are secrets yet undiscovered in the foundations of the notorious Crowder House. Vera must face them and find out for herself just how deep the rot goes.

This title is due for release on July 19, 2022
We'll send you an email as soon as it is available!