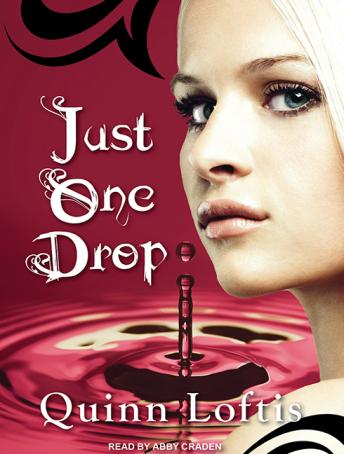 Jennifer Adams, best friend to Jacque Pierce and Sally Morgan, is spicy, outspoken, a little crazy, and human . . . or so she thought. Jen has just found out that human DNA is not the only thing that resides in her veins; she happens to share that little pesky werewolf gene, although it isn't more than just a drop. Now that she and her friends are living in Romania with Fane's pack, she is also oh so conveniently stuck with the object of her affection, the fur ball Decebel.

Drawn to Decebel by something she doesn't understand, Jen finds herself frustrated by the lack of mating signs between her and said fur ball. Not only is she dealing with that problem, she now has been informed that because of that little drop of werewolf blood in her she is now required to attended a multi-pack gathering for unmated wolves. This type of gathering hasn't taken place in over a century, but with a shortage of females among the werewolf population the males are getting worried they won't ever find their true mates. Meanwhile Decebel struggles with the emotions he is feeling towards Jen. He tries to keep his distance but there is just something about the mouthy blonde that keeps him coming back for more of her verbal abuse, which he just can't seem to get enough of . . . go figure.

This title is due for release on September 2, 2013
We'll send you an email as soon as it is available!