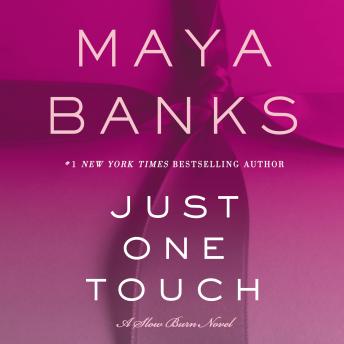 Raised in a strict religious cult since she was a young girl, Jenna has no connection to the outside world beyond vague flashes of memory that seem to be from another life. Memories she clings to when the cult leaders discover her extraordinary ability to heal—and punish her. Years held captive and forced to do the cult's bidding have turned Jenna into a meek, timid woman…or so they think. In truth, she is merely biding her time, waiting for the perfect moment to escape.

When a terrified young woman tries to steal the SUV of Devereaux Security’s toughest recruit, Isaac’s anger quickly turns into a strange sort of protectiveness for the beautiful, bruised stranger. But when they are caught in a firestorm of bullets and Isaac is hit, he’s sure the end is near, until Jenna touches him and closes his wounds. As he tries to bring Jenna to safety, she refuses to tell him what danger haunts her or how she healed him, but Isaac vows to do whatever it takes to gain her trust…and her heart. Because with just one touch, Isaac knows he wants Jenna to be his—forever.

This title is due for release on May 23, 2017
We'll send you an email as soon as it is available!