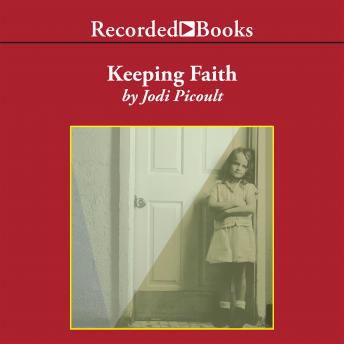 Fans of Picoult's fluent and absorbing storytelling will welcome her new novel, which, like Harvesting the Heart, explores family dynamics and the intricacies of motherhood, and concludes, as did The Pact, with tense courtroom drama. In the small town of New Canaan, N.H., 33-year-old Mariah discovers that her husband, Colin, is having an affair. Years ago, his cheating drove Mariah to attempt suicide and Colin had her briefly committed to an institution. Now Mariah's facing divorce and again fighting depression, when her eight-year-old daughter, Faith, suddenly acquires an imaginary friend. Soon this friend is telling the girl how to bring her grandmother back from the dead and how to cure a baby dying of AIDS. As Faith manifests stigmata, doctors are astounded, and religious controversy ensues, in part because Faith insists that God is a woman. An alarmed Colin sues for custody of Faith, and the fear of losing her daughter dramatically changes meek, diffident Mariah into a strong, protective and brave womanAone who fights for her daughter, holds her own against doctors and lawyers and finds the confidence to pursue a surprising new romance with TV atheist Ian Fletcher, cynical 'Spokesman of the Millennium Generation.' Though the novel feels a bit long, Picoult's pacing stabilizes the increasingly complicated plot, and the final chapters, in which Mariah fights for Faith's custody in court, are riveting. The mother-daughter relationship is all the more powerful for being buffeted by the exploitative and ethically questionable domains of medicine, media, law and religion; these characters' many triumphant transformations are Picoult's triumphs as well

Such a great, emotional, and thought provoking novel. Highly recommend! !

This was the first book of Jodi Picoult's that I ever read...years ago. I loved it and it's the book that started my obsession with Jodi Picoult...my favorite author now. When I signed up for audiobook I thought, what the heck, I'm gonna "read/listen" again. The book itself was great. I'm not a religious person (agnostic) so it was really interesting to learn some new things about religion. The funny thing is that I liked it better when I read it rather than listening to it. I could not stand the narration. From the very beginning the narrator was so dramatic and whiny and the characters were annoying because of it...did not feel that way at all the first time I read it. There were two narrators, eventually. Every time the second narrator spoke I could deal, but then the first (and I don't know who's who as far as names) one came back and it was like nails on a chalkboard. But, I listened to it all anyways. It didn't ruin the book for me, but it came close, and it did make me realize that a narrator can make or break a book!

This title is due for release on July 11, 2007
We'll send you an email as soon as it is available!