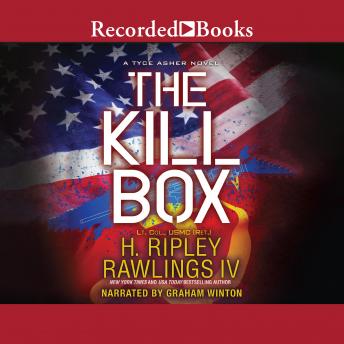 The United States has been invaded. The Russians have seized control. Now US Marine hero Tyce Asher has one final mission-to make America free again-in this explosive series from Lt. Col. Hunter "Rip" Ripley Rawlings IV ... THE CITIES HAVE FALLEN. America is under new management. Russian forces have occupied both coasts. They are taking our weapons, pillaging our resources, and destroying our nation. Those who resist are swiftly punished. Those who revolt are savagely killed ... THE HEARTLAND FIGHTS BACK. Marine Corp officer Tyce Asher is a lone wolf patriot who will never surrender. He's assembled a ragtag team of long-haul truckers and citizen soldiers willing to die for their freedoms. Their network has learned that the invaders are planning to seize cargo that will bring America to its knees-and a sadistic Russian has marked Asher for death. There is only one way to stop them: Asher and his team must meet the enemy face-to-face-and enter the Kill Box ...