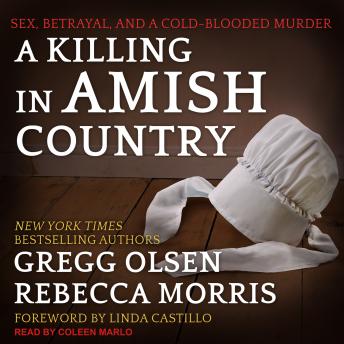 A Killing in Amish Country: Sex, Betrayal, and a Cold-blooded Murder

AN OLD WAY OF LIFE

Thirty-year-old Barbara Weaver was content to live as the Amish have for centuries-without modern convenience-but her husband, Eli, wanted a life beyond horses and buggies. Soon he gave in to the temptation of technology and found ways to go online and meet women. When Barbara was found dead, shot in the chest at close range, all eyes were on Eli . . . and his mistress, a Conservative Mennonite named Barb Raber.

Barb drove Eli to appointments in her car. She gave him everything he asked for: a laptop, rides to his favorite fishing and hunting spots-and sex. Above all, she gave him the cell phone he would use to plan a murder. The Weaver case marked only the third time an Amish man was suspected of killing his wife in more than two hundred years in America. But the investigation raised almost as many questions as it answered: Was Barb Raber the one who fired the fatal shot? Or was Barbara Weaver dead before someone entered the house? What did Eli's friends, family, and church really know about him? And will life among the 'Plain People' ever be the same?

Hooked from the beginning, never felt dull or boring. Interesting learning some of the Amish ways.

With Gregg Olsen as a co-author, you know you're in for an engaging true-crime read that will make your jaw drop. In this sad and crazy story, Olsen and his co-author Rebecca Morris discuss a coldblooded murder of an Amish woman by her husband. The story is gripping from opening page to the last and the narration is perfect.