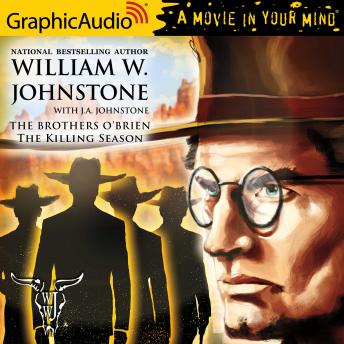 They ride after sundown. Black robed figures with skulls for faces, terrorizing the town of Recoil like the horsemen of the Apocalypse. If the sheriff hopes to defeat this hellish band of outlaws, he'll need back-up.

Enter Colonel Shamus O'Brien. The seasoned ranch hand and patriarch has fought off more than his share of horse thieves and marauders. But he's never seen anything like these ornery devils. They torch the town without warning, killing and destroying everything in sight. Shamus could use some extra firepower, namely his sons Shawn and Jacob. But the O'Brien brothers have problems of their own.

Vicious banditos have targeted the family ranch, gunning for gold and cattle in a hailstorm of bullets and bloodshed. But both the cutthroat gangs are about to learn their lesson

the hard way. When you cross an O'Brien, there's hell to pay...