Knight of the Cape 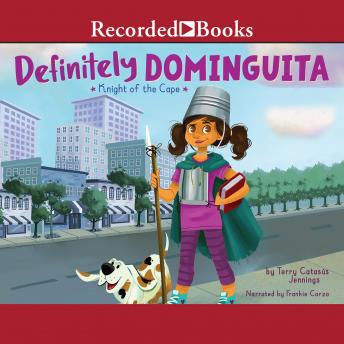 Judy Moody meets Netflix's One Day at a Time in this first book in a new chapter book series featuring a young Cuban American girl who tries to find adventure based on the classics she read with her beloved abuela-can Dominguita become a noble knight? All Dominguita wants to do is read. Especially the books in Spanish that Abuela gave to her just before she moved away. They were classics that Abuela and Dominguita read together, classics her abuela brought with her all the way from Cuba when she was a young girl. It helps Dominguita feel like Abuela's still there with her. One of her favorites, Don Quixote, tells of a brave knight errant who tries to do good deeds. Dominguita decides that she, too, will become a knight and do good deeds around her community, creating a grand adventure for her to share with her abuela. And when the class bully tells Dominguita that girls can't be knights, Dom is determined to prove him wrong. With a team of new friends, can Dominguita learn how to be the hero of her own story?

Knight of the Cape