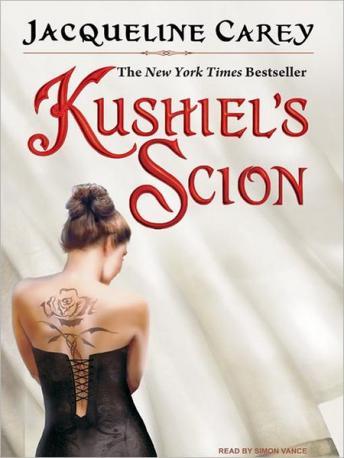 Stolen, tortured, and enslaved as a young boy, Imriel is now a Prince of the Blood; third in line for the throne in a land that revels in art, beauty and desire. It is a court steeped in deeply laid conspiracies-and there are many who would see the young prince dead. Some despise him out of hatred for his mother, Melisande, who nearly destroyed the entire realm in her quest for power. Others because they fear he has inherited his mother's irresistible allure-and her dangerous gifts.

As he comes of age, plagued by unwanted desires, Imriel shares their fears. When a simple act of friendship traps Imriel in a besieged city where the infamous Melisande is worshiped as a goddess and where a dead man leads an army, the prince must face his greatest test: to find his true self.

This title is due for release on December 8, 2008
We'll send you an email as soon as it is available!