Lafayette and the American Revolution 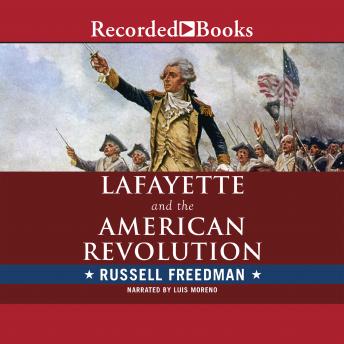 Newbery Medalist Russell Freedman's thrilling account of a daring young French nobleman who helped bring victory at Yorktown and who became a lifelong friend of President Washington will fascinate young historians. When the Marquis de Lafayette ran off to join the American Revolution against the explicit orders of the king of France, he was a strong-willed nineteen-year-old who had never set foot on a battlefield. Although the U.S. Congress granted him an honorary commission only out of respect for his title and wealth, Lafayette quickly earned the respect of his fellow officers with his bravery, devotion to the cause of liberty, and incredible drive. Playing a pivotal role in the Revolution, Lafayette convinced the French government to send troops, made crucial pacts with Native Americans, and led his men to victory at Yorktown.

Lafayette and the American Revolution

This title is due for release on May 25, 2012
We'll send you an email as soon as it is available!