The Last Cowboy: A Life of Tom Landry 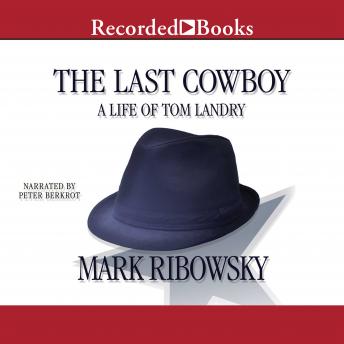 'An eloquent, honest tribute to a sports genius.' -Publishers Weekly, Best 100 Books of 2013 Movie rights optioned by NFL Films As the coach during professional football's most storied era, Tom Landry transformed the gridiron from a no-holds-barred battlefield to the highly-technical chess match it is today. With his trademark fedora and stoic facade, he was a man of faith and few words, for twenty-nine years guiding 'America's Team' from laughingstock to well-oiled machine, with an unprecedented twenty consecutive winning seasons and two Super Bowl titles. Now, more than a decade after Landry's death, acclaimed biographer Mark Ribowsky takes a fresh look at this misunderstood legend, telling us as much about our country's obsession with football as about Landry himself, the likes of whom we'll never see again.

This title is due for release on October 10, 2014
We'll send you an email as soon as it is available!