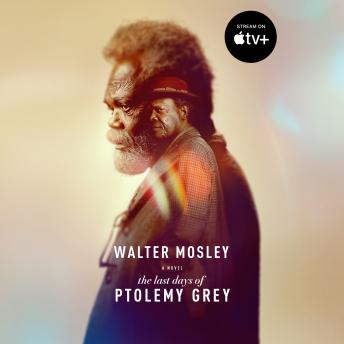 The Last Days of Ptolemy Grey

A masterful, moving novel about age, memory, and family from one of the literary icons of our time.

Coming in March 2022 from Apple Plus , a six-part series starring Samuel L. Jackson

Ptolemy Grey is ninety-one years old and has been all but forgotten-by his family, his friends, even himself-as he sinks into a lonely dementia. His grand-nephew, Ptolemy's only connection to the outside world, was recently killed in a drive-by shooting, and Ptolemy is too suspicious of anyone else to allow them into his life. until he meets Robyn, his niece's seventeen-year-old lodger and the only one willing to take care of an old man at his grandnephew's funeral.

But Robyn will not tolerate Ptolemy's hermitlike existence. She challenges him to interact more with the world around him, and he grasps more firmly onto his disappearing consciousness. However, this new activity pushes Ptolemy into the fold of a doctor touting an experimental drug that guarantees Ptolemy won't live to see age ninety- two but that he'll spend his last days in feverish vigor and clarity. With his mind clear, what Ptolemy finds-in his own past, in his own apartment, and in the circumstances surrounding his grand-nephew's death-is shocking enough to spur an old man to action, and to ensure a legacy that no one will forget.

In The Last Days of Ptolemy Grey, Mosley captures the compromised state of his protagonist's mind with profound sensitivity and insight, and creates an unforgettable pair of characters at the center of a novel that is sure to become a true contemporary classic.

Mosly does a masterful job in this book of actually placing the reader in the head of an older, man suffering from dementia. If I had read this book about 20 year ago, I probably not be able to relate to the problems of getting older. The story of how Ptolomey deals with his dementia, his love for his family and friends, his relation ship with women and in particular to Robyn (the young girl who becomes his fiend/ally) and how he deals with normal life's problems are all captured in Mosely's stylings. A very good book, not what you'd expect from Walter Mosely if your a Walter Mosely fan, but you'll appreciate the range of his writing even more.

This title is due for release on November 11, 2010
We'll send you an email as soon as it is available!