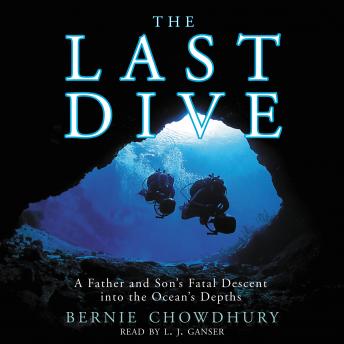 The Last Dive: A Father and Son's Fatal Descent into the Ocean's Depths

Chris and Chrissy Rouse, an experienced father-and-son scuba diving team, hoped to achieve widespread recognition for their outstanding but controversial diving skills. Obsessed and ambitious, they sought to solve the secrets of a mysterious, undocumented World War II German U-boat that lay under 230 feet of water, only a half-day's mission from New York Harbor. In doing so, they paid the ultimate price in their quest for fame.

Bernie Chowdhury, himself an expert diver and a close friend of the Rouses', explores the thrill-seeking world of deep-sea diving, including its legendary figures, most celebrated triumphs, and gruesome tragedies. By examining the diver's psychology through the complex father-and-son dynamic, Chowdhury illuminates the extreme sport diver's push toward—and sometimes beyond—the limits of human endurance.

Last Dive: A Father and Son's Fatal Descent into the Ocean's Depths

This title is due for release on June 14, 2016
We'll send you an email as soon as it is available!