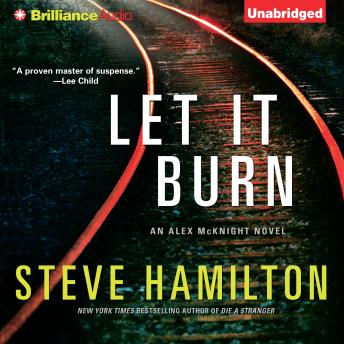 Even though Alex McKnight swore to serve and protect Detroit as a police officer, a trip to Motown these days is a trip to a past he’d just as soon forget. The city will forever remind him of his partner’s death and of the bullet still lodged in his own chest. So he’s more than happy to stay in the little town of Paradise, three hundred miles and half a lifetime away.Then he gets a call from his old sergeant. It turns out that a young man Alex helped put away will be getting out of prison. That one big case marked the highlight of his career, before his partner was killed, before his marriage fell apart, before he left Detroit, forever. Now that man is about to walk free.When the sergeant invites Alex downstate to have a drink for old times’ sake, it’s an offer he would normally refuse. However, there’s a certain female FBI agent he can’t stop thinking about, so he gets in his truck and goes back to Detroit. While there, he’s reminded of something about that last case, a seemingly small piece of the puzzle that he never got to share. It’s not something anyone wants to hear, but Alex can’t let go of this gut feeling that they arrested the wrong man.And that the real killer not only got away, but went on to kill again.And again.And again.