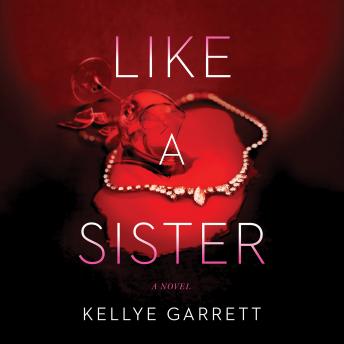 In this "tense, twisting mystery" and "absolutely can't-put-it-down read" (Megan Miranda), no one bats an eye when a Black reality TV star is found dead in the Bronx—except her estranged half-sister, whose refusal to believe the official story leads her on a dangerous search for the truth.

“I found out my sister was back in New York from Instagram. I found out she’d died from the New York Daily News.”

When the body of disgraced reality TV star Desiree Pierce is found on a playground in the Bronx the morning after her 25th birthday party, the police and the media are quick to declare her death an overdose. It’s a tragedy, certainly, but not a crime.

But Desiree’s half-sister Lena Scott knows that can’t be the case. A graduate student at Columbia, Lena has spent the past decade forging her own path far from the spotlight, but some facts about Desiree just couldn’t have changed since their childhood. And Desiree would never travel above 125th Street. So why is no one listening to her?

Despite the bitter truth that the two haven’t spoken in two years, torn apart by Desiree’s partying and by their father, Mel, a wealthy and influential hip-hop mogul, Lena becomes determined to find justice for her sister, even if it means untangling her family’s darkest secrets—or ending up dead herself.

This title is due for release on March 8, 2022
We'll send you an email as soon as it is available!