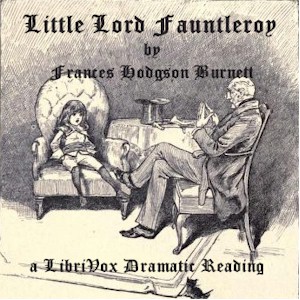 This story is about an American lad of 7 years old who lives with his young widowed mother in New York. He spends his days with his friend the grocery man Mr. Hobbs, the boot black Dick, and other young lads from his town. His best friend is his mother, whom he calls dearest, because that is what his papa used to call her. Cedric has curly blond hair, a sturdy young body, and a beautiful face that is only matched by his sweet temperament. He is always thinking of others and what they might need.

One day, an English lawyer comes to Cedric's house with news that will change his young life forever. Cedric's papa was the son of a great Earl in England. The earl has lost all three of his sons and is now looking for his heir. He is a crusty old gentlemen with a hard, cold heart. He has spent his life chasing after his own pleasures and not caring one mite for the needs of others, especially the needs his tenantry. He is extremely prejudiced against Americans and was outraged when his youngest son married an American woman. His proud heart views with disgust his young heir before he even meets him, expecting him to be rude, uneducated, and selfish. Little does he know that the meeting of the Earl of Dorincourt with little Cedric is destined to change his life forever. (Summary by Abigail Rasmussen)

This is a great story. The different readers lent a lot of color to presentation even though some of them were hard to understand (the lawyer).

It’s been many years since I read this book. I absolutely thoroughly enjoyed it!! I’m so glad it got this one. The readers really brought it to life for me. It was like I was there.

Charming and entertaining story. Read this many years ago.

Great story. Narrator was excellent but some of the othets were a little difficult to understsnd.