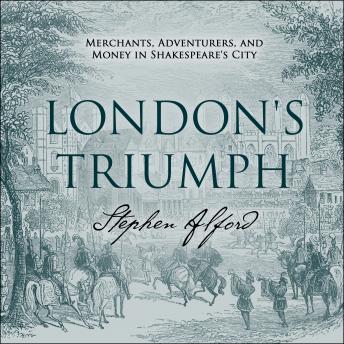 At the start of the sixteenth century, England was hardly involved in the wider world and London remained a gloomy, introverted medieval city. But as the century progressed something extraordinary happened, which placed London at the center of the world stage forever.

Stephen Alford's evocative, original new book uses the same skills that made his widely-praised The Watchers so successful, bringing to life the network of merchants, visionaries, crooks, and sailors who changed London and England forever. In a sudden explosion of energy, English ships were suddenly found all over the world-trading with Russia and the Levant, exploring Virginia and the Arctic, and fanning out across the Indian Ocean. The people who made this possible-the families, the guild members, the money-men who were willing to risk huge sums and sometimes their own lives in pursuit of the rare, exotic, and desirable-are as interesting as any of those at court. Their ambitions fueled a new view of the world-initiating a long era of trade and empire, the consequences of which still resonate today.