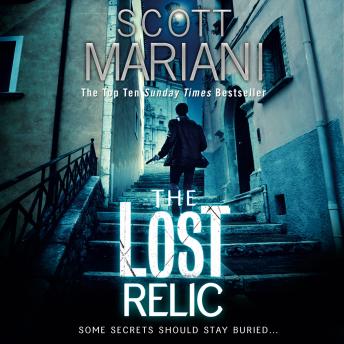 A SUPER-CHARGED THRILLER FROM THE #1 BESTSELLING AUTHOR


A WEB OF DECEIT.
AND BEN HOPE IS CAUGHT UP IN THE MAYHEM...

Whilst visiting a former SAS comrade in Italy, a distracted Ben nearly runs over a young boy - and unwittingly walks into his deadliest mission yet.

Ben's involvement with the boy's family runs deeper as he witnesses their brutal murder at a gallery robbery. A seemingly worthless Goya sketch was the principal target in the bloodbath heist. Now it's up to Ben to find out the truth behind the elusive painting.

Wrongly accused of murder and forced to go on the run, he must get to the heart of the conspiracy while he still has the chance. . .

Whilst the Ben Hope thrillers can be read in any order, this is the sixth book in the series.

This title is due for release on February 11, 2016
We'll send you an email as soon as it is available!