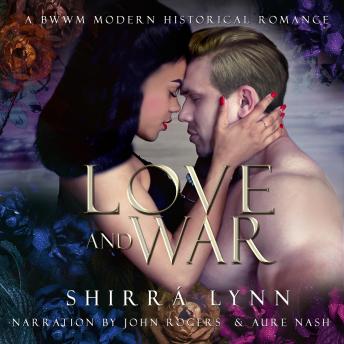 She's a singer posing as a maid. He's a surgeon forced to serve the Reich. For both of them, deception is the only way to survive the war.

Cocktail singer Victoire Duplanchier knows Nazi-occupied Paris is not safe for a black woman. But that's exactly why she's trying to get her family out. When she's caught in a roundup, a man with ocean-blue eyes saves her from being sent to the camps. But can she really trust him? He might seem kind and handsome, but he's also a Nazi.

Surgeon, Emil von Konig, was duped into serving the Reich by his deceitful father. When he encounters Victoire, he knows he needs to keep her safe. He offers refuge at his estate in the Parisian countryside, but in order to stay undetected, she must pose as his maid.

Their new roles as maid and master find them in close confines. As their connection grows their passion is impossible to ignore.

While war rages on around them, Emil and Victoire believe they are safe. But danger is closer than ever. When the true nature of their relationship is discovered, everything will be at risk.

Is their love strong enough to conquer the forces that conspire against them?

This title is due for release on October 18, 2021
We'll send you an email as soon as it is available!