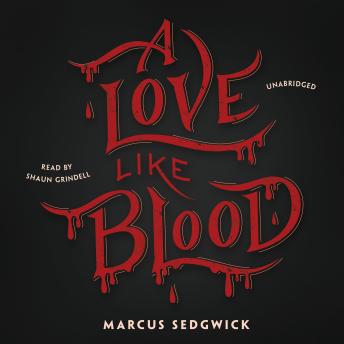 The first novel for adults by hugely acclaimed YA writer Marcus Sedgwick is a gripping saga of love, revenge, and obsession—and vampires.

In 1944, just days after the liberation of Paris, Charles Jackson sees something horrific: a man in a dark tunnel, apparently drinking the blood of a murdered woman. Terrified, he does nothing, telling himself afterward that worse tragedies happen during war.

Seven years later he returns to the city—and sees the same man dining in the company of a fascinating, beautiful young woman. When they leave the restaurant, Charles decides to follow …

A Love like Blood is a dark, compelling thriller about how a man's life can change in a moment and about where the desire for truth—and revenge—can lead.

This title is due for release on March 17, 2015
We'll send you an email as soon as it is available!