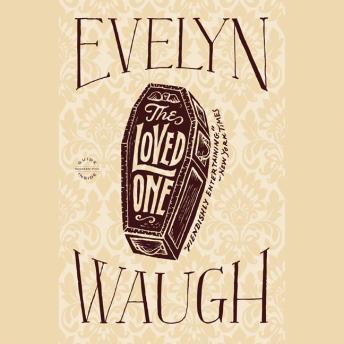 'A work of art as rich and subtle and unnerving as anything its author has ever done' (New Yorker), The Loved One is Evelyn Waugh's cutting satire of 1940s California and the Anglo-American cultural divide.

Following the death of a friend, the poet and pets' mortician Dennis Barlow finds himself entering the artificial Hollywood paradise of the Whispering Glades Memorial Park. Within its golden gates, death, American-style, is wrapped up and sold like a package holiday--and Dennis gets drawn into a bizarre love triangle with Aimée Thanatogenos, a naïve Californian corpse beautician, and Mr. Joyboy, a master of the embalmer's art. Waugh's dark and savage satire depicts a world where reputation, love, and death cost a very great deal.