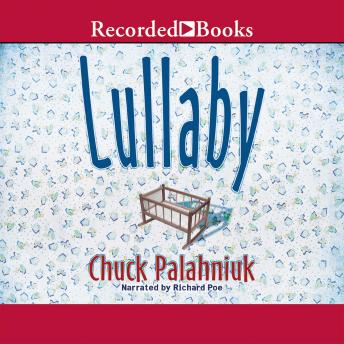 Carl Streator, a 40-something widower and newspaper reporter, has lived a reclusive life since the death of his wife. His latest assignment is to write a series of articles on Sudden Infant Death Syndrome. In doing so, he discovers that there is an underlying commonality in the deaths. A children's book, Poems and Rhymes Around the World, containing an African Death chant, is found at the scene of the cases he investigates. Having read the chant aloud, he quickly realizes the lethal power of the words. As he fights against its powerful grip, which has turned him into a serial killer, he enlists the aid of some eccentric compatriots who vow to rid every library and bookstore of the deadly text before further lives are jeopardized. But what begins as a crusade to save lives soon becomes the ultimate game of cat and mouse, as they uncover the truth about the rhyme and are hunted by the force holding Streator captive.

Terrible. A waste of a credit. Tried three different times to listen to it and still couldn’t

Well-read, but honestly not Palahniuk's best work. His fixation on random details & somewhat odd methods of elaborating on them kind of distracts from the story.

Yes, it's Palahniuk, which is usually an amazing experience. This book proves he has bad days, too. This book is NOT his best.

I listen to this book for almost 3 hours and it was the worst book I have ever listened to. Too many details and not enough story. I stopped listening after Chapter 20.

strange and less exciting than previous CP books..still decent though

This book was not at all as expected by the summary. It went in directions that was not expected, and not in a pleasant or suspenseful way. There were so many things that not needed, the graphic sexual descriptions were disgusting and the part about probing through his "ass" was disgusting and uncalled for. Absolutely disgusting, made me sick to my stomach! The writer also did not need to include thing about the mistreatment and unspeakable things done to animals. If I wanted to know how animals are treated when being raised for food I would find that kind of book to read! This was a terrible thing to hear and just another that made me sick!!! The writer also repeated things over and over from one section to the other as if the reader would not know these facts unless they were repeated several time. Locations jumped around. Situations were unreal. It's almost as if the writer has his own issues and needs to say terrible things! He just wants people to be exposed to his grouping of disgusting words. I would not recommend this book to anyone!!! EVER!!!

This title is due for release on January 7, 2005
We'll send you an email as soon as it is available!