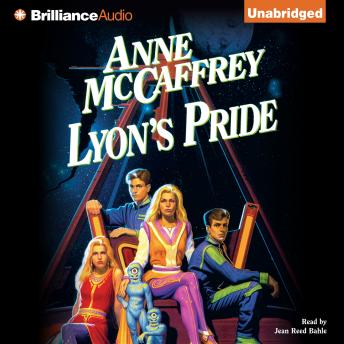 The beautiful woman called The Rowan was the most powerful telepath on all the planets of the Alliance—until the birth of her daughter, Damia. Damia and her husband, Afra Lyon, were the most extraordinary team of telepaths the Alliance had ever seen—until the powers of their children began to emerge.

Now the combined power of all these generations, especially the unique abilities of the younger Lyon clan, is needed to face once and for all the threat of the alien Hivers. The human worlds see themselves as peaceful, and traditionally they have used deadly force only in self-defense, but now the time has come to take the battle with the Hivers out into space. A fleet of starships, with the powerful Lyon clan as its leaders, is sent into Hiver territory. Their mission: seek and destroy the Hiver threat that is lurking at the edges of known space.

This title is due for release on November 21, 2008
We'll send you an email as soon as it is available!