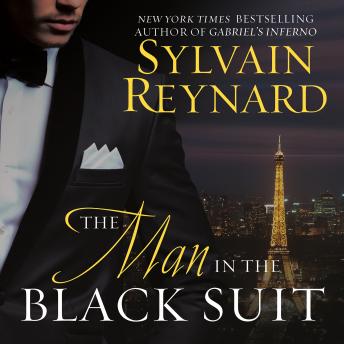 The Man in the Black Suit

Acacia Santos excels at her job as concierge at the prestigious Hotel Victoire in Paris. When her superior, Marcel, is attacked in a supposed random mugging, she is tasked with serving one of the hotel's most mysterious and attractive guests.

Nicholas Cassirer checks into the hotel under an assumed name every three months. Usually, he stays in the penthouse suite with a beautiful female companion but on this occasion, he arrives alone and is displeased in having to deal with someone new. A match of wits ensues as he tests Acacia's expertise with a series of almost impossible demands. Her intelligence and creativity rise to the challenge, earning his respect. They strike a tenuous accord until Acacia discovers a famous stolen painting in his suite, she contacts a former boyfriend who works for the elite BRB, a unit of French law enforcement that deals with art thefts.

Nicholas is questioned by police and released when it is revealed the painting is a reproduction. Irked with her behavior, Acacia's supervisor demotes her threatening dismissal and the cancellation of her work permit.

Loved the book and the narrator.

The storyline is interesting and quite twisted. I am not a big fan of the narrator, it does not suit the book.

fantastic read!! Love the world of art and travel. Love the fact that the lead characters were diverse and fell in love over time adventure and friendship. My one and only qualm was to have a female read arcacias statements

This title is due for release on January 30, 2018
We'll send you an email as soon as it is available!