March to the Stars 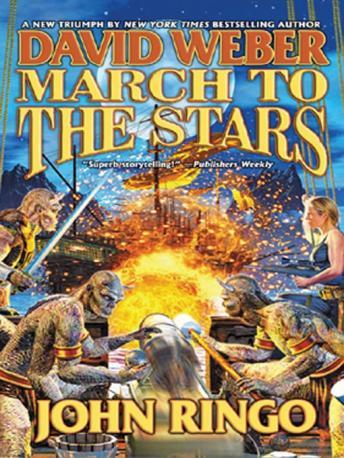 Ever since an attempt on his life marooned him with his bodyguards on the hostile planet Marduk, with its unending series of threats, obstacles, and adventures, Prince Roger McClintock has evolved from a spoiled, petulant heir into a true leader of humans and aliens alike.

This third installment in the Prince Roger series takes the Bronze Barbarians across the Eastern Ocean of Marduk, facing giant sea monsters, pirates, and the barbarian nations that dwell on the other side. Their destination is a spaceport held by humans of questionable loyalties. As Roger comes nearer to making his way home, he learns that his attempted assassination was part of a larger plot. Not all is as it seems on Earth or on Marduk. Fortunately, he’s got the Bronze Barbarians and the Basik’s Own at his back.

March to the Stars