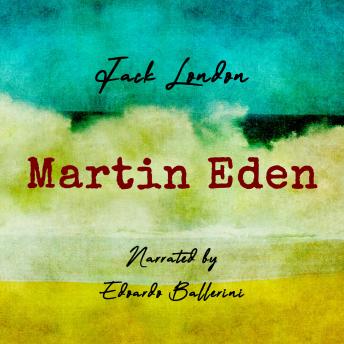 Martin Eden is living in California at the beginning of the 1900s where he struggles to rise above his destitute, proletarian circumstances through an intense and passionate pursuit of self-education, hoping to achieve a place among the literary elite. His principal motivation is his love for Ruth Morse, a member of a bourgeois family. But as Eden is a rough, uneducated sailor from a working-class background, a marriage between them would be impossible, unless he reached their level of wealth and status.

Eden promises Ruth that success will come. Although an impoverished seaman, he obsessively and aggressively pursues dreams of education and literary fame. But Ruth loses her patience and rejects him in a letter.

By the time Eden gains success with publishers and the bourgeoisie who had shunned him, he has developed a grudge against them and become jaded by toil and unrequited love. His success fails to satisfy him, and he comes to believe that people did not value him for himself or for his work but only for his fame.

Martin Eden is considered a semiautobiographical novel in which Jack London expressed his critique of individualism.