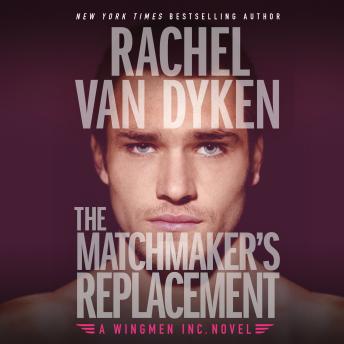 Wingman rule number two: never reveal how much you want them.

Lex hates Gabi. Gabi hates Lex. But, hey, at least the hate is mutual, right? All Lex has to do is survive the next few weeks training Gabi in all the ways of Wingmen Inc. and then he can be done with her. But now that they have to work together, the sexual tension and fighting is off the charts. He isn’t sure if he wants to strangle her or throw her against the nearest sturdy table and have his way with her.

But Gabi has a secret, something she’s keeping from not just her best friend but her nemesis too. Lines are blurred as Lex becomes less the villain she’s always painted him to be…and starts turning into something more. Gabi has always hated the way she’s been just a little bit attracted to him—no computer-science major should have that nice of a body or look that good in glasses—but “Lex Luthor” is an evil womanizer. He’s dangerous. Gabi should stay far, far away.

This title is due for release on August 9, 2016
We'll send you an email as soon as it is available!