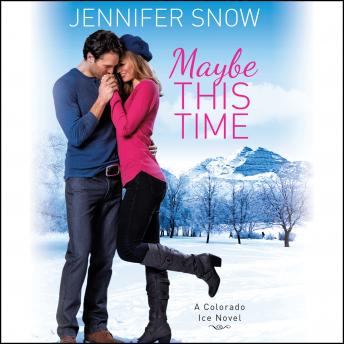 Abigail Jansen is done with hockey . . . and hockey players. After leaving her two-timing NHL-star husband, Abby decides to start over in her hometown of Glenwood Falls, Colorado. There she doesn't have to deal with people gossiping behind her back or hear the word 'hockey'

until her daughter tries out for the junior hockey team. Now Abby has to face her fears . . . and coach Jackson Westmore. He's tall, dark, handsome

and happens to hate her.

All through high school, talented hockey player Jackson Westmore had a crush on Abby, but he would never make a move on his best friend's girl. He gave her the cold shoulder out of self-preservation and worked out his frustrations on the ice. So when Abby returns, newly divorced and still sexy as hell, Jackson knows he's in trouble. Now even the best defensive skills might not keep him from losing his heart.

This title is due for release on November 29, 2016
We'll send you an email as soon as it is available!