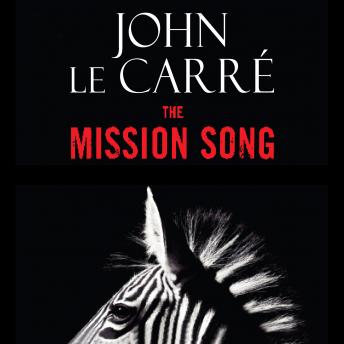 The Mission Song: A Novel

Full of politics, heart, and the sort of suspense that nobody in the world does better, The Mission Song turns John Le Carre's laser eye for the complexity of the modern world on turmoil and conspiracy in Africa.

Abandoned by both his Irish father and Congolese mother, Bruno Salvador has long looked for someone to guide his life. He has found it in Mr. Anderson of British Intelligence. Bruno's African upbringing, and fluency in numerous African languages, has made him a top interpreter in London, useful to businesses, hospitals, diplomats -- and spies. Working for Anderson in a clandestine facility known as the 'Chat Room,'Salvo (as he's known) translates intercepted phone calls, bugged recordings, and snatched voice mail messages.

When Anderson sends him to a mysterious island to interpret during a secret conference between Central African warlords, Bruno thinks he is helping Britain bring peace to a bloody corner of the world. But then he hears something he should not have...

By turns thriller, love story, and comic allegory of our times, The Mission Song is a crowning achievement, recounting an interpreter's heroically naive journey out of the dark of Western hypocrisy and into the heart of lightness.

I have to force myself to listen to this book. I keep thinking that it should get better... but as of CD 7 it's still not working for me. I'd pass if given the opportunity.

A most enjoyable book. Character development is well done. It helps if you have an understanding of the political situation in central Africa. My wife thought the book quite dry, while I loved it. Two Thumbs Up from me!

This is probably another case where an abridged version would have been better. The ending was disappointing. I wouldn't recommend this.

This title is due for release on September 19, 2006
We'll send you an email as soon as it is available!