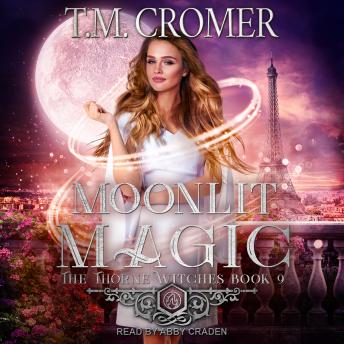 She refuses to be drawn in by his seductive charm . . .

Liz Thorne has suppressed her impulsive nature for the last four years because her one reckless weekend ended in heartache. Now, the dangerous, sexy man who tempts her inner bad girl is back, and he's trying his damnedest to bring the wild child out to play.

Since the day Rafe Xuereb was recalled for his Witches' Council duties, he's lived with regret. Despite his magical skills, he's been unable to find the one woman who turned his world on its head. Through a twist of fate, Liz lands on his doorstep with his termination papers, and Rafe can't be more delighted.

A new enemy threatens to destroy them . . .

An unknown mystical force arises and begins to drain the Thornes of their powers. It has the potential to reduce the all-powerful witches to mere mortals, making them vulnerable to a rival family. Even as Rafe helps Liz, he lives with the fear that the secret he's hiding could cost the woman he loves everything.