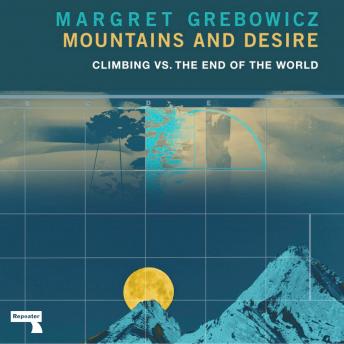 Mountains and Desire: Climbing vs. The End of the World

On the 100th anniversary of the first attempt to climb Mt Everest, Margret Grebowicz shows how and why climbing and mountaineering are still important today.

In 1923, a reporter asked George Mallory why he wanted to summit Mount Everest. “Because it’s there”.

Today the question 'why do this?' is included in nearly every mountaineering story or interview. Meanwhile, interest in climbing is steadily on the rise, from commercial mountaineering and climbing walls in university gyms and corporate workplaces to the flood of spectacular climbing imagery in advertising, cinema, and social media. Climbing has become the theater for imagining limits—of the human body and of the planet— and the nature of desire, motivation, and #goals.

Covering the degradation of Everest, the banning of climbing on Australia’s Uluru, UNESCO’s decision to name alpinism an Intangible Cultural Heritage, the sudden death of Ueli Steck, and the commercial and critical success of Free Solo, Mountains and Desire chases after what remains of this pursuit – marred by its colonial history, coopted by nationalistic chauvinism, ableism, and the capitalist compulsion to unlimited growth – for both climbers and their fans.