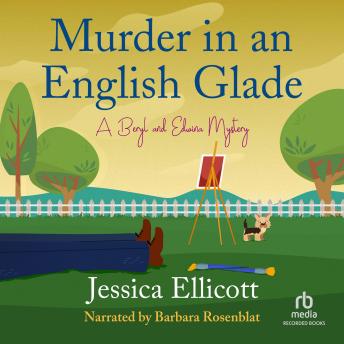 Murder in an English Glade

#5 of Beryl and Edwina Mysteries

Set in a charming English village just after WWI, Jessica Ellicott's winning series returns to the witty antics of delightfully mismatched friends and sleuths-of-a-certain-age, Beryl and Edwina. Their personalities couldn't be more different—Beryl is a brash, adventurous
American, while Edwina is a prim and proper Brit—but the pair have a knack for solving mysteries. Now they've been hired to stage a faux investigation—until murder makes it all too real …

When a member of the Walmsley Parva upper crust, Constance Maitland, seeks to hire Beryl and Edwina for a sham investigation into an alleged dalliance by her sister-in-law Ursula to quell potentially scandalous accusations by an unstable cousin, it is with mixed
feelings that they agree to pose as guests at her home, Maitland Park. Edwina is uncomfortable with the ruse, but Beryl is eager to escape tension with their feisty housekeeper and hobnob with bohemians as the Maitland family hosts an artists' colony.

But when the painter suspected of having an affair with Ursula is found strangled beside his easel in a glade, the pretense turns into a genuine murder enquiry. With Maitland Park overrun by artists, every guest—not to mention family member—is now a suspect.

Beryl and Edwina must determine if they are dealing with a crime of passion or if there are more complex motives in play, which may include the family cigarette business, cutthroat artistic competition, or secrets from the war years. In any case, the intrepid sleuths will not
leave until they have smoked out the real killer …