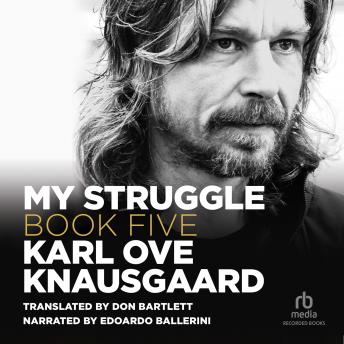 The fifth book of Knausgaard's powerful My Struggle series is written with tremendous force and sincerity. As a nineteen-year-old, Karl Ove moves to Bergen and invests all of himself in his writing. But his efforts get the opposite effect - he wants it so much that he gets writer's block. At the same time, he sees his friends, one-by-one, publish their debuts. He suspects that he will never get anything published. Book Five is also a book about strong new friendships and a shattering love affair. Then one day Karl Ove reaches two crucial points in his life: his father dies, and shortly thereafter, he completes his first novel.