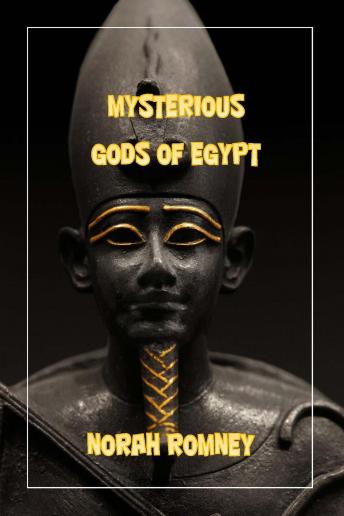 The Mysterious Gods of Egypt

At the beginning of time, there was only Nun, the primeval waters of chaos, then in a great flood, the Sun got interned, rose from the water, and willed himself into creation. Atum then created Ayr, a son he named shu and moisture, a daughter he named Tefnut.

They were the first divine pair and soon had children of their own. The earth named gab and the sky called nut the second divine pair then had four children: Osiris, Isis, Seth, and Neftis.


They were completing the group of nine primeval gods known as the Ennead. Osiris then married his sister Isis, and the two ruled over Egypt together in an unprecedented time of peace and prosperity; however they're jealous, brother Seth desired the throne for himself and murdered Osiris, dismembering his body scattering the parts across the land.


Isis then searched for the pieces of her husband's body and, with the help of her sister Nephthys was eventually able to collect them with the help of the scholar god Thoth and the funeral god Anubis. Isis was able to reconstruct Osiris, creating the first mummy.

This title is due for release on March 13, 2021
We'll send you an email as soon as it is available!