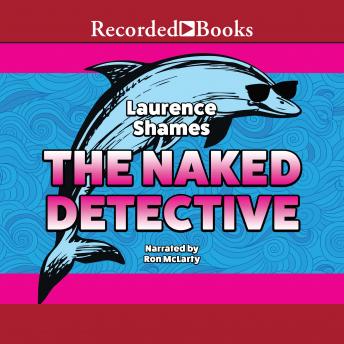 Popular crime novelist Laurence Shames consistently draws favorable comparisons to Elmore Leonard and Carl Hiaasen. In his Key West tales, Shames paints vivid, hilarious portraits of the sun-splashed 'paradise' he calls home. The retired Pete Amsterdam isn't really a private investigator. But he has a license, a gun, and a listing in the phone book-all so he can write-off his wine cellar as an 'office.' While soaking in his hot tub and rethinking his earlier tennis match, the inevitable blonde in distress comes calling, and Pete is reluctantly pulled into his first case. Feeling trapped by the conventions of detective stories, Pete stumbles his way through the Key West crime scene, hardly realizing the danger he's in. The Naked Detective is vintage Shames-full of the biting wit, absurd scenarios, and quirky characters that recall his earlier works, such as Scavenger Reef and Mangrove Squeeze. Ron McLarty's narration captures the off-beat, colorful island and its inhabitants and brings them fully to life.

This title is due for release on October 28, 2011
We'll send you an email as soon as it is available!