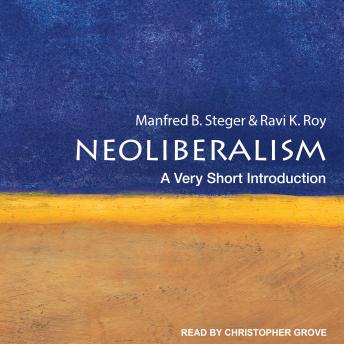 Anchored in the principles of free-market economics, neoliberalism emerged in the 1990s as the world's most dominant economic paradigm. However, the 2008 global financial crisis and the related European sovereign debt crisis triggered a decade of economic volatility and insecurity that boosted the fortunes of the one percent while saddling the ninety-nine percent with stagnant wages and precarious work. As a result of this Great Recession, neoliberalism fortunes have waned considerably. This downward trend further accelerated with the recent surge of national populism around the world that brought to power outspoken critics of neoliberalism like Donald Trump, Boris Johnson, Jair Bolsonaro, and Narendra Modi. Is neoliberalism doomed or will it regain its former glory? And what are the major types of neoliberalism, and how did they evolve over the decades?

Responding to these crucial questions, this Very Short introduction explores the considerable variations of neoliberalism around the world, and discusses the origins, evolution, and core ideas of neoliberalism. This new edition brings the story of neoliberalism up to date, and asks whether new versions of neoliberalism might succeed in drowning out the rising tide of national populism and its nostalgic longing for a return to territorial sovereignty and national greatness.