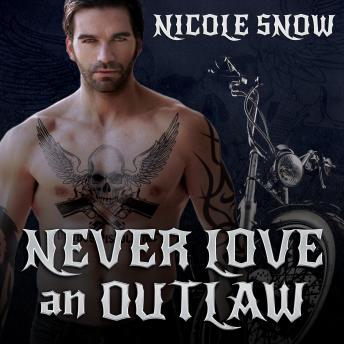 I was the good girl. He was the monster. Then everything changed. I became a prisoner. I prayed for Skin to save me. He did-and he kept me for himself.

Skin: I went psycho when I saw her in that dirty whorehouse. She's everything I never wanted, a spitfire with a body meant for claiming.

Then she told me her secret, and I almost needed a straitjacket. I saved her life instead. I gave her a second chance.

I know she's a marked woman, caught between my club and the bastards I killed. Damn if I won't make her wear my name, even if she's trouble on two long legs I can't stop picturing wrapped around me. I'll brand her, bed her, own her, no matter how much hell I'll pay.
Contains mature themes.

Plot is so very unlikely... The sex scenes were super hot though, and the narrator is great however!

So hot. Loved this book.

This title is due for release on June 28, 2016
We'll send you an email as soon as it is available!