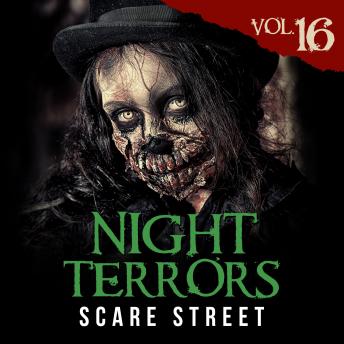 Beware of what’s creeping in the dark…


An elderly farmer learns the horrifying truth beyond the phrase “True love never dies”. Something sinister lurks behind the distant eyes of a mother’s traumatized son. And a gravedigger slowly descends into madness, as he grows obsessed with the corpse of a little girl…


Scare Street’s latest collection shines a flickering candle on the terrifying forces of darkness that haunt our dreams. Death, madness, obsession… The darker side of the human psyche is revealed with each bone-chilling page of these fourteen macabre tales.


Come along on a journey into the eternal night. Delve into the secrets and mysteries that hide in the darkness, just beyond the light. They’re reaching out for you, grasping at your flesh, pulling you closer, whispering in your ear.


And once you give in to their siren song of shadows, there’s no turning back…

2. This New Creature by Georgia Cook

8. It Happened on Sunday Street by Bryson Richard

9. The Delicate Sound of Music by Justin Boote

11. Something Juicy by Jon Clark

12. Charlie in the Attic by Russell Richardson

14. The Dreamcatcher by Ron Ripley and Kevin Saito

This title is due for release on September 22, 2021
We'll send you an email as soon as it is available!