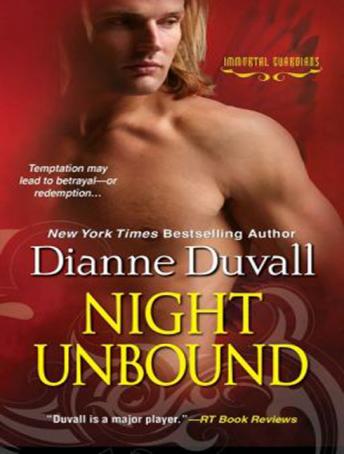 For centuries, Lisette d'Alençon has been a warrior against the dark. She fights alongside her brothers and comrades. But when the dreams start coming, she can't bear to confess them to the Immortal Guardians' command. She dreams of a dark-haired man with soft eyes and brutal wounds, a man her heart aches for-and a man she knows has been declared a traitor.

Zach is an exile, a loner. He won't defend himself against false accusations or grovel to those who should have faith in him. But he'll damn sure defend the woman who kept him sane against a plague of supervamps that seems to have appeared from nowhere. The Guardians will blame him, and that will make Lisette suspect, too. With life, death, and eternity on the line, who can they really trust?

This book was a true joy to listen to. I enjoy this series very much and will listen to this book. Narration was wonderful.