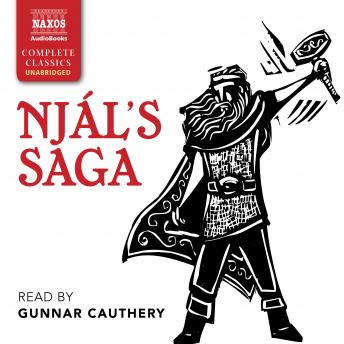 Based on events that took place between 960 and 1020 AD, Njál's Saga is a mesmerising drama about a multigenerational cycle of violence and retribution, and the feuds and passions that perpetuate it. The eponymous sage Njál, known for his keen legal mind, is one of Iceland's pre-eminent men, along with Gunnar of Hlidarendi, a fierce and formidable warrior married to the diabolical Hallgerd, whose conniving instigates the interminable pattern of romance, action and brutality - until one unforgivable act ends it all. Njál's Saga is considered the greatest of the Icelandic sagas and is notable for its historical value, as it provides glimpses of a society transitioning away from the Iron Age to the Middle Ages, and establishing the social and legal mores of its present.