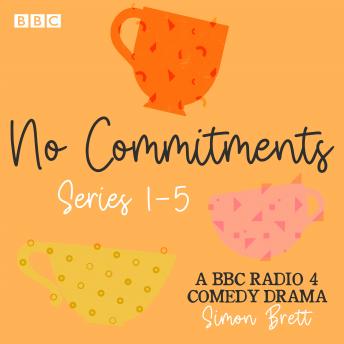 After years of looking her after elderly parents, Anna finds herself able, for the first time, to live her own life. She's enjoying simply being herself, with no responsibilities and no obligations. But her two younger sisters, Victoria and Charlotte, are concerned about her. Surely poor, unfulfilled Anna can't be happy without a partner or a family around?

Determined to make an effort, they decide to draw her into their lives - and Anna's peaceful, commitment-free lifestyle soon disappears. Throughout these five series, she becomes embroiled in their various dramas and crises, as actress Charlotte suffers a series of career and romantic disappointments and housewife Victoria grows increasingly discontented with her husband Roger. And as Victoria's daughter Emily grows from sulky teen to young woman, she, too, starts to confide in her aunt Anna.

With all her relatives involving her in their affairs, will Anna still be able to forge her own path - and maybe even find romance?

Created by award-winning author Simon Brett, whose radio sitcom credits include After Henry and Smelling of Roses, this classic comedy about sisterly dissension stars Rosemary Leach as Anna, with Nicola Pagett as Victoria and Celia Imrie and Josie Lawrence as Charlotte.