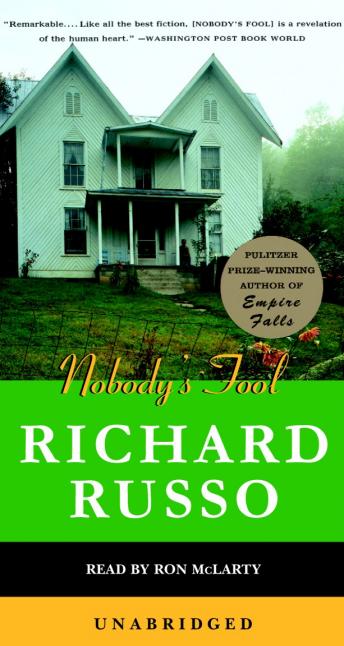 This slyly funny, moving novel about a blue-collar town in upstate New York—and in the life of Sully, of one of its unluckiest citizens, who has been doing the wrong thing triumphantly for fifty years—is a classic American story.

Divorced from his own wife and carrying on halfheartedly with another man's, saddled with a bum knee and friends who make enemies redundant, Sully now has one new problem to cope with: a long-estranged son who is in imminent danger of following in his father's footsteps. With its uproarious humor and a heart that embraces humanity's follies as well as its triumphs, Nobody's Fool, from Pulitzer Prize-winning author, Richard Russo, is storytelling at its most generous.

This title is due for release on August 12, 2003
We'll send you an email as soon as it is available!