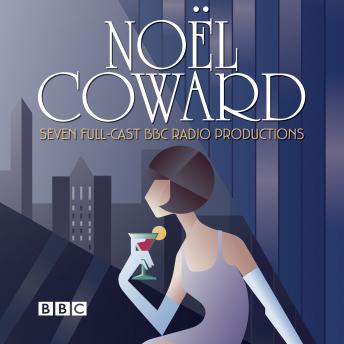 Renowned for his wit, style and sophistication, Noël Coward was one of the greatest playwrights of the twentieth century. His plays, set in the glittering world of high society in which he lived, are much admired and have remained in the popular theatre repertoire to this day.

Also included is a BBC World Service profile of Noël Coward, comprising interviews, musical extracts and archive clips; and the BBC Radio 4 programme ‘From His Diaries’, featuring a selection of passages from Coward’s journal read by Simon Cadell.

Such a wonderful compilation, full of both wit and pathos. All plays were acted in the most professional manner. The profile was particularly interesting and put the final touches to a wonderful experience.

This title is due for release on August 2, 2018
We'll send you an email as soon as it is available!