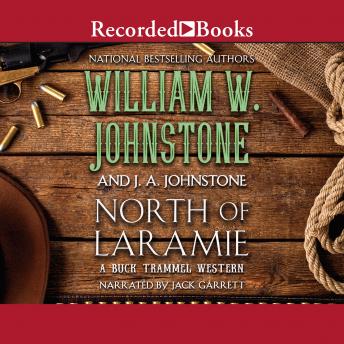 Johnstone Country. A New Legend in the Making.
The bestselling Johnstones kick off their blazing new Western series with a real bang—a fatal, fateful shootout that
sends a man named Buck Trammel on the ride of his life …

When Wyatt Earp Tells You to Run, You Run.

Once upon a time in the Old West, Buck Trammel was a Pinkerton agent with a promising future. But after a
tragic incident in a case gone wrong, he struck out for the wide-open spaces of Wichita, Kansas. Working as a bouncer
at The Gilded Lily Saloon, he hopes to stay out of trouble. But soon enough, his gun skills are put to the test. The
Bower gang shows up, turning a friendly card game with a Wyoming cattle baron into a killer-takes-all shooting
match. Buck saves the cattle baron’s life, but at the cost of two Bower men. That’s when Deputy Wyatt Earp arrives.
He warns Buck that he’d better get out of town, pronto, and take the cattle baron with him. The rest is history—if he
lives long enough to tell it …

This is the story of Buck Trammel. Hunted by outlaws. Fighting for justice. Marked for death. This is how legends
are born …